Toss the Bag of Poop, or...Things You Shouldn't Have to Do When You Break Up

A few weeks ago I noticed a funny thing on the way to work. There was a white plastic bag of poop in the middle of the street. Just sitting there, alone. My thoughts, in order, were:

** Who drops a bag of poop and doesn't notice?
** How many people have driven by this bag of poop and done nothing?
** How gross would it be to drive over it? And, would it explode like a Taco Bell sauce packet?
** When are the poop-droppers going to get back here and move this lump of turd from the street? 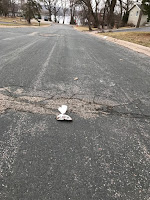 One day, it wasn't in the middle of the street anymore. Someone had taken the time to...well, not throw it away, per se...just move it to the side of the curb. And, they placed it precisely on my property line. 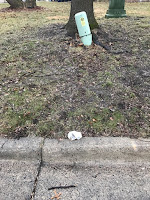 Was this bag of poop now my responsibility? Was it my next-door neighbor's? Who was playing this game with the poop? WHY DIDN'T THEY JUST THROW IT AWAY??

So, I and all the people on my street drove by it for another week that way--it's thin white plastic handle gently waving in the breeze created by our vehicles scurrying past. 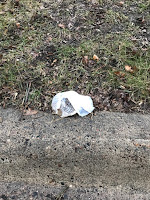 Eventually, I thought: GOOD GOD. Someone has to do something about this bag of poop!!

And then I decided to write about it.

Because I know a lot of people who are dealing with bags of poop in their relationships. Almost every divorcing couple has a bag or two of poop that no one wants to deal with because "it's not fair" and "it's not my fault" and "I didn't make this mess".

We often don't make the mess we have to clean up when a relationship goes south. It really can be less our fault than the other person's. It can be incredibly NOT FAIR that we have to deal with it...and it can still be a bag of poop that needs dealt with.

There's no F for Fairness in a divorce or a breakup. Even if the money and personal property get split fairly and custody is fair and anyone (who isn't actually IN the relationship) can look at the situation, nod, and go "Yeah, that seems fair", it just isn't. It isn't fair that you have to deal with a mess that you may not have contributed equally to. It's not fair that your kids or your friends or your families have to reorganize their lives around your changed relationship.

If so, knowing full well that it's not fair AT ALL, you may find that it makes sense to plug your nose, squint your eyes, and just dispose of the bag of poop quickly and efficiently because then you won't have that particular bag of poop to deal with any longer.

You'll be one step closer to better. 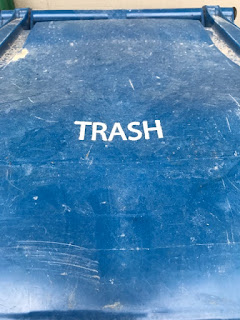