5 Reasons Why You Still Fight With Your Ex

When you're in an Everlasting Divorce, or a relationship that is based on high-conflict even though you're officially separated, you might wonder, "Why is this happening?!" "Why won't he/she leave me alone?!" These are common questions you might ask yourself each time a new conflict arises.

One key to moving beyond an Everlasting Divorce is getting some clarity on why it's occurring in the first place. There are 5 reasons why you and your ex are stuck in this stressful situation. 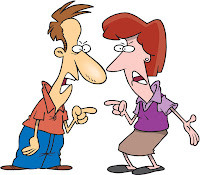 1) Inability to disengage: One mantra from the couple's therapy world is, "Do you want to be right or do you want to be done?" This refers to the idea that you can fight about being right, which just maintains the status quo of conflict and anger. OR, you can decided that it's not as important to be right as it is to be DONE. Being done means that you refuse to argue or respond, even when you KNOW you're right.

2) Personality traits: A lot of people who are in an Everlasting Divorce have used the internet to determine that their ex has a personality disorder. In an attempt to figure out the WHY of it all, they figure out the BLAME of it all -- the other person. Definitely, people who exhibit traits of a personality disorder can be extremely difficult to detach from. One thing you should know, though, is that personality disorders can only be diagnosed by a mental health professional (ta-da!) and only if the "disordered" person comes in for that evaluation...which most don't. So, if your ex is showing signs of a potential personality disorder, that's important information to have because it can help you determine the best ways to work with them to move forward, but it's not a diagnosis that lays all the blame at her/his feet.

3) Attachment issues: When we're babies, we attach to a primary care giver. If that attachment is disrupted in some way and another adequate attachment is not formed, a person can have attachment issues. These may show up in ED as "control issues" because one of you is having difficulty with the feeling of rejection or abandonment that can occur with an Everlasting Divorce.

4) Caretaking: Sometimes this is also called "overfunctioning". If one of you has always taken care of the other, that's a really hard habit to break because the caretaker's sense of self is tied to being helpful. Maintaining a caretaking pattern of reminding someone about bills, making appointments for them, cooking for them, etc. keeps the relationship close, and it also can create resentments and anger.

5) Boundary issues: We hear a lot about "boundaries", but what that means in an Everlasting Divorce is that one or both of you aren't either creating adequate boundaries for yourself or respecting the boundaries of the other person. That might look like one person trying to make rules at the other parent's house. It might take the form of checking Facebook to see who your ex is dating...those kinds of things.

There's a lot of overlap in the potential causes of Everlasting Divorce. Taking a good, hard look at which (or how many) of those potential causes are at work in you ED can be a great first step toward making a change.

Posted by Jennifer McBride McNamara at 10:24 AM No comments:

Discern THIS! Why Discernment Counseling Might Just Be What Your Struggling Marriage Needs

Discernment Counseling is a revolutionary new way to approach couples in trouble. It involves less of the emotional vulnerability needed for couples therapy and also less of the conflict we see in divorce mediation. 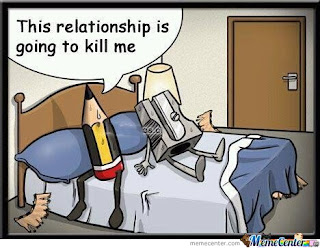 Instead, Discernment Counseling meets a couple where they currently are: trying to decide whether to keep plugging away or move on. This type of counseling is perfect for couples in which one partner wants to stay in the marriage (the Leaning In partner) and one partner may be thinking about leaving the marriage (the Leaning Out partner). We call those "mixed agenda" couples because each partner is considering something different.

There are some key features of Discernment Counseling that may appeal to a couple in distress.

a) the goal is not to solve problems in the relationship, but to figure out whether the problems can be solved;

b) the process involves mainly individual conversations with each partner, since they each have different needs and agendas, and

c) it is always short term." (Most Discernment Counseling processes only last 1-5 sessions!)

The Discernment Counseling therapist walks each partner through a series of questions and discussions that help the partners choose what's best for them individually, as well as for their marriage.

At the end of a Discernment Counseling process, each partner has to choose one of three things:

1) We are going to keep things just how they are and not do anything new.

2) W are going to separate and begin the process of ending our relationship.

3) We are going to commit to 6 months of intensive couples therapy in order to try to resolve our differences and save our marriage.

With both the second and third options, the couple can save themselves tons of time and money by going through Discernment Counseling first.

If they decide to separate, they are ahead of the game because they have each begun the process of finding themselves as individuals. If they decide to try couples therapy, they have identified the key issues that must be addressed immediately in order to save the relationship.

For more information, please check out:

And, if you have any questions, please don't hesitate to call me at 612-888-2522 or email me at jennimcmc@touchingtrees.com.

** If this doesn't apply to you, but might be useful for someone you know, please feel free to pass it along! 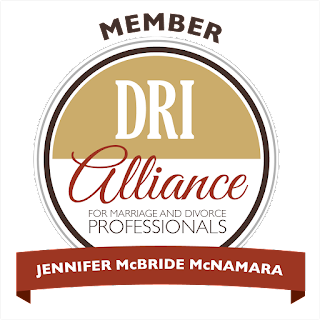 Posted by Jennifer McBride McNamara at 1:05 PM No comments: