Taking Stock at a Stranger's Funeral

"He died. I am SO sad and angry. I know you two will get it, to some extent, so thank you for letting me vent." That was a text another woman and I received from a friend whose therapist had died just days before. 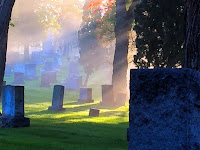 I guess I have a little handle on what it means to grieve, but I'd never experienced something like this. Most of us haven't. Our therapists are many things to us: guides, listeners, challengers, comforters... They are our secret-keepers and the knowers of the deepest things we'll share with anyone, sometimes including our partners. They aren't the people who say goodbye after a session and disappear from our lives. That's not how it's supposed to work. We are the ones who are supposed to make that call.

But as my friend can attest, unfortunately we don't always get to.

The three of us decided to attend the memorial together. One of us was there to grieve the therapist who had earned her trust and made her feel like she was the most important person in the world. Two of us were there to support her in any way we could. Also, since there is generally no HIPAA-approved section for grieving clients at a funeral for a therapist, we decided to attend as a herd to obscure her relationship to him.

As it turned out, our anonymity was insured by the hundreds and hundreds of people there to remember him.

So...that's how I ended up at the funeral of someone I didn't know. What's next, though, is what I learned from it. 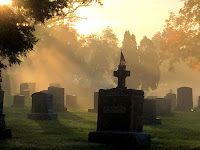 Just like wedding crashing and sitting in a court when you have no case in front of a judge (both of which, oddly, I've done), attending the funeral of a stranger is a window into a life that you rarely get to see. It's an opportunity to observe without seeing it all through a lens of personal loss.

I learned about a man whose family was as devoted to him as he was to it. I learned about a man who took care of others and who had mastered the art of taking care of himself in the process. I learned that he was, by all accounts of those who spoke of him, someone whose presence in others' lives won't be extinguished as long as there is someone to ask the question, "What would he think of that?" when there's an important life decision to be made.

To be honest, I marveled at how many lives he had touched so deeply that they would come to honor him in death. To be even more honest, I wondered if what I have done so far has been "enough"; if what I have given has had any lasting impact; and, if how I've loved has created more love.

Maybe that's what it all boils down to: Is how we live and love creating better life and more love? It's not a perfect measuring tool, but it might be a good way to take stock of how we are in the world.

I didn't know this man, but by the end of his memorial, I felt like I'd gotten a taste of how the ways he lived and loved had created more of each. I better understood my friend when she said that she felt like the most important person when she talked with him. And I decided to be more conscious and conscientious in my connections to others.

I wouldn't presume to know the answer to the question, "What would he think of that?" related to any of this, but my hope is that out in there in the universe somewhere is a sigh that might respond, "I think that's good." 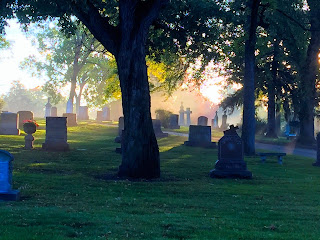 Posted by Jennifer McBride McNamara at 11:15 AM